Bob has been creating art since he stumbled into the pottery studio at Cal Poly – San Luis Obispo while an architecture student.  So began his life-long journey of connecting place through his art. His early career of twenty-years was spent as a studio artist, producing mostly functional pottery, exhibiting his work throughout the west coast, and developing a reputation as a fine craftsman.

In 1985 Bob was granted Artist-in-Residence status with the City of Santa Maria by the California Arts Council. He established a ceramics program for the City and taught the basics of working with clay to community members. At the conclusion of the three-year residency program, the Fine Arts Department at Allan Hancock College invited Bob to teach, replacing then retiring ceramics instructor, Bill Shinn. This invitation led to a full-time position the following year.

Bob remained at AHC until his retirement in June 2017, developing a community-engaged ceramics program with many successful students who now work as professional artists. Bob engaged his students in community service through his role at Allan Hancock College.  He developed a special course in public art that was used to initiate the first phase of the City of Santa Maria’s Highway 101 mural project. A collaboration with the Food Bank of Santa Barbara County has yielded the donation of between 200-300 bowls annually to the Empty Bowl fund-raising effort. Initially a project by students and staff, the effort now involves many regional ceramic artists.

Over more than 30 years he has studied and learned many techniques and art forms as he has worked to inspire others. During his tenure Bob taught coureses in a variety of subjects and mediums including ceramics, sculpture and 3-D design.  Of particular interest were his courses exploring Native American rock art in the Mojave Desert and Owen Valley regions.

His life-long study of rock art, and his graduate work at UCSB, Department of Art Studio, led to an increased focus on the concept of what it means to have a “Sense of Place.” This idea has evolved to include symbolism representing aspects of life’s journey. The designs, glazes, surfaces and forms which he utilizes represent a continuing exploration of his own search of ways to express his journey.

Now, with his retirement from teaching at Allan Hancock College, Bob is returning to his home studio where his work continues to develop, while remaining grounded in his surroundings.  As he has explored the world, both near and far, his connection with place continues as an expression of his art. 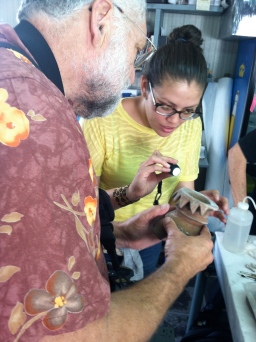 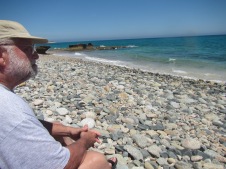 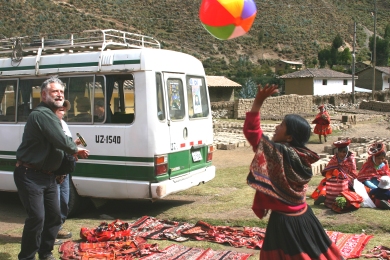 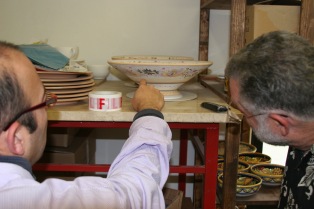 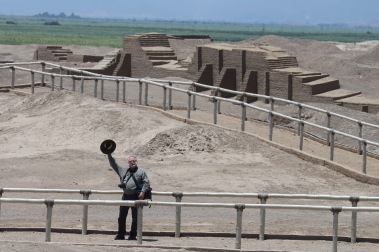